Below is what was called a “Sentinel” in the movie, “The Matrix.” 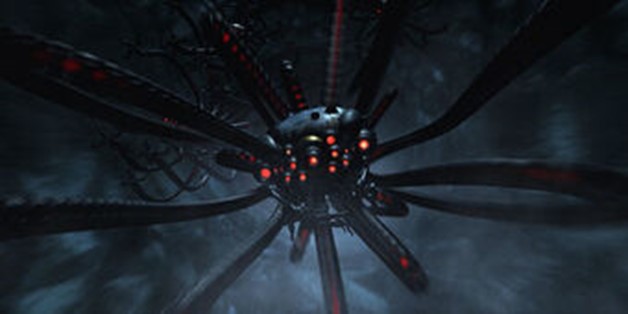 In the Matrix film trilogy, Sentinels are the terrifying killing machines. They are always patrolling the tunnels and sewers under the planet. They are fast enough to catch the hovercrafts used by the human resistance and destroy them.

We went to a home the other day and the sweet lady of the house told us that she had been to an energy worker who told her to ask for Sentinels to be placed at the four corners of her property for protection.

The moment she said this, something like the above image entered my mind. We told her what had been placed there and that they were not nice.

Does language matter? Especially when dealing with evil? And even Light?

In the KJV of Ezekiel 33 it talks about “watchmen” on the wall. Other translations of that chapter in Ezekiel call them sentinels. I wonder if that is why we have used the King James Version of the Bible instead of new translations.

I’m sure the person that told this sweet woman to do this had good intentions. It just so happened that when sentinels were requested, something similar to the above picture showed up and they were very evil. This wasn’t very conducive to keeping evil off her property.

Yesterday we did a real quick trip to AZ to help a little family. The almost nine-year-old had some huge critters on her. She had enough understanding that we needed to ask her if she wanted them removed. She told me, “I don’t know.” We had a little conversation about how nasty they were and how they were helping her to behave poorly. She agreed to have them cast off. That was done except for a huge one that had come from her biological father. I told her we needed permission to get rid of that one. Again she didn’t know if she wanted it gone. Conversation ensued about how dark and evil it was. Finally she said she wanted it gone. It was sliced and diced and sent back to hell.

In the past we have discussed the so called god – Source. That is what some pray to, ask for help, or use the name of for help. That is not one of our Saviors names. I believe I mentioned that when we were suggesting to people that they may want to think about using this name, it showed up outside my property. I was very grateful for shielding that night. When I noticed it pacing back and forth he saw me and changed into a being with a really ugly head with horns. You might want to be careful when you ask the god Source for help. It isn’t very light. For you women though, it was a very good looking man before it changed.

← Pumpkin is back!
This makes me smile →